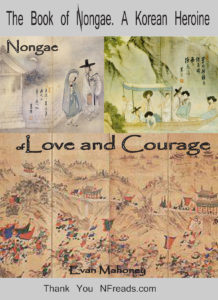 I will say “Saam Medical Meditation” is somewhat of an autobiographical journey, a journey in meditation and acupuncture, their development and flowers.  The growth of Saam Meditation, its five elements, its four and nine needle technique and the incorporation of the mu points are progressions of my own experience.  Development and learning of the almost mechanical pistons of yin and yang operating inside of me.  The science of acupuncture and meditation is a harmonized engineering construct. I understand the machine within man, I know myself.  With control I guide nature as it moves within me.  Thanks to the un-nameable and to the flower that unfolds surrounding me.

I was once accused of inhabiting the persona of Saam in a facebook argument. I had just passed judgment upon a group with my parting comment to the thread.  “The judgment of Saam is severe.”  Later in another thread the “Saam persona inhabiting me” accusation came up.  It was funny, horrifying, and pleasing. I am pleased to think I might have known Saam, the mysterious cave dweller, the monk and high physician of 15th century Korea.  His is the namesake of my meditation and acupuncture technique. I document elsewhere how providence guided me to Dr. Choo at my acupuncture school. It was an electric shock of realization or connection when I first read about Saam “who discovered the mystery of acupuncture through meditation.”  His was the same experience as mine.

Saam, so soft and lovely a name, like the whisp of wind and cool breeze in the summit of mountain tops and cold sided valleys.  Korea, Jinju and Jirisan were my three week localities during a family visit.  The memory of it grows, of my re-imagination of Jinju and the “Imjin War of 1592”.  We visited the fortress and stood upon its walls. I looked upon the river and town set along the northern bank.  We watched a film reenactment of the battles that took place there.

Though I was suffering through my second severe ’bout’ of lower back pain, I was three weeks on the recovering side when we made this trip. In between resting periods on hotel and family floors, I walked (which is my favorite thing) long distances along the banks of the Namgang River, passing fishermen in the reeds underneath the cliff side monastery.  I imagined myself swimming in the cool shallow water.  So beautiful are the memories from my Mule Barge Days, along the Delaware River I lived those memories. Washing off after a dusty day, but that is for another story.

I was content near the water and intrigued by our drive through the Mount Jirisan region and stopover for tea in the village of Hadong.  We were served a Korean Tea Ceremony. Graciously, my wife got to assume the role of a “Kisaeng Girl”. With laughs and smiles she poured tea, which grows and is prepared locally in the village and is sold to merchants and tourists.

I imagined Saam in his lifetime, in a time that wasn’t so pleasant for Korea.  It was during a tragic horrific war, of devastating speed and consequence. Forts and capitals were indefensible to the onslaught of the enemy’s guns deployed with over powering destruction.  Slaughter and enslavement ensued.  Hard, tough times.

And yet there were heroes.  Admiral Yi SunSin was a bold and true man. He was a skilled Army General, who became Admiral of the Navy with no sailing experience.  He built the Korean Fleet and the famous historic “Turtle Boat” and engaged in battle.  He was undefeated throughout his career.  By intrigue he was brought to shame, humiliation, and punishment before the King.  Afterwards the King and country discovered the tragic consequences of their error. Restored to command and asked to rebuild the lost fleet Admiral Yi SunSin engaged in a final desperate battle.  12 Navy ships, with reluctant fearful captains faced off against as many as 300 opposing enemy naval ships.

Nongae too was a real life heroine.  Today her statue stands on a barge in the Namgang River under heights of Jinju’s Fortress walls.  She is remembered forever for her virtuous act of self sacrifice.

These are the events I speak of in my book “Nongae of Love and Courage”.  It is an autobiographical, historical imagining, if you want to call it that.  I am pleased to be the among the first to introduce Nongae and Saam to the west.  Enjoy the read.

“Nongae of Love and Courage” ebook is available at Amazon Kindle.