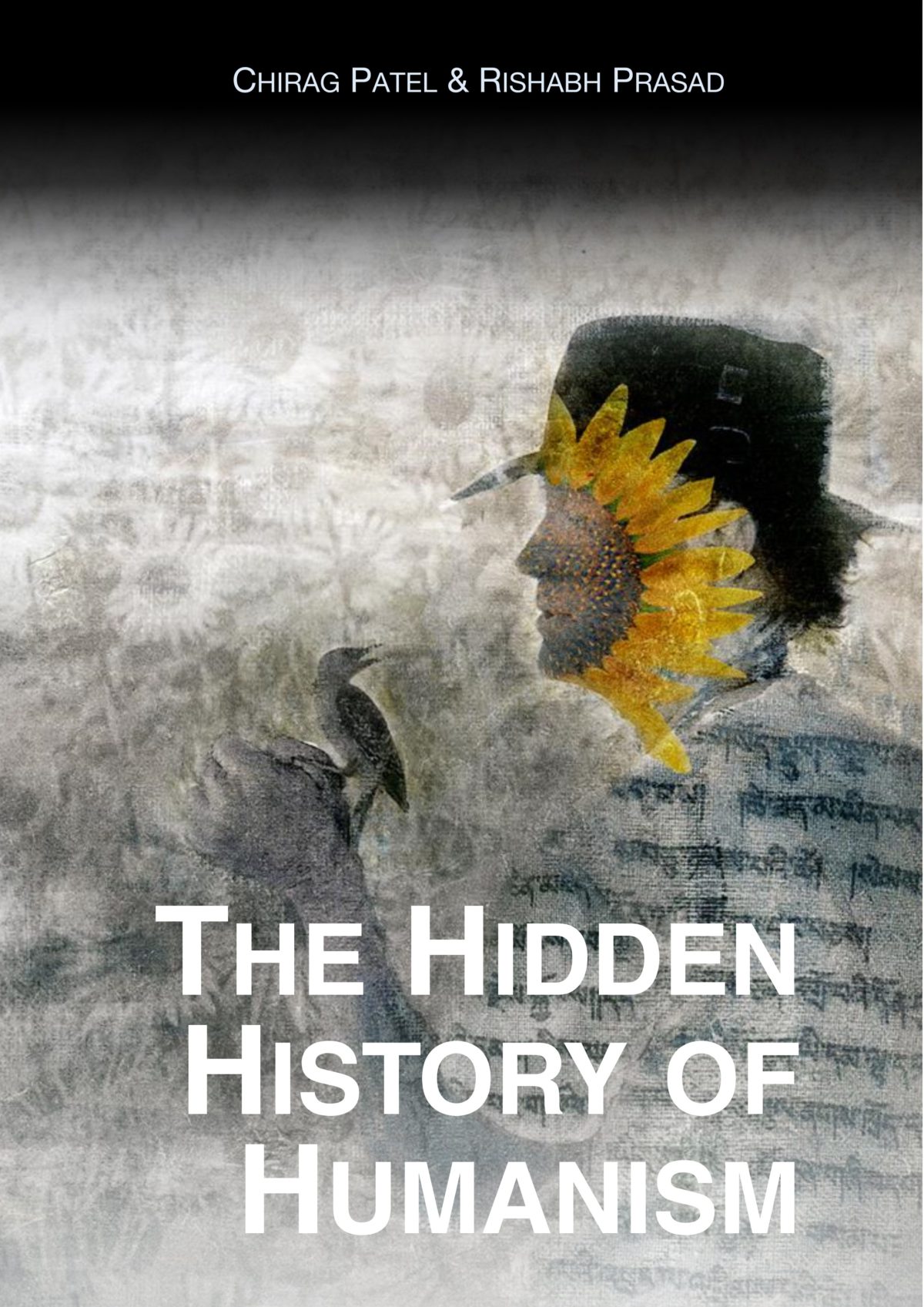 It’s trite say that everything is biased. Ok, so everything we learn and see is the calculated output of various minds, and there is no such thing as history accessible in the raw.

That’s really unhelpful, though. I like reading about history and politics, and knowing it’s all lies doesn’t really give me any insight.

What we need is a way to see history outside cultural contexts and narrative bias, an act that’s as near-impossible. How can we overcome that problem? How can we stop seeing the history of power and tragedy that makes good stories, and instead see the history of humanity?

Fortunately for us, we’re at a changing point in the way we tell stories of the past. We’re moving from a history of power to a history of existence. It’s a seismic change that’s been enabled by new technologies, and it gives us an answer to many problems of thinking about history.

To put it in context, I grew up in England, the son of immigrant parents, and went to a school that celebrated its 500th year in 1997. I now live in South Africa, after spending a fair while travelling. I also spent a lot of time growing up in India, visiting temples and ancient cultural sites.

In every one of these contexts, the history I was shown didn’t really match the world I saw around me. Obvious realities were hidden or ignored, and even the explosion of media that was the internet didn’t help. In lot of cases, all it did was help the dominant way of thinking embed itself as the view from nowhere. It’s not good enough, not if we want to really understand and learn from our shared past.

At school, I learned all sorts of things about the world wars (or, more correctly, the European war in 1914 and the consequent world war in 1939) but very little about the darker aspects of British history. It wasn’t until I moved to South Africa that I learned anything of the Boer war, or the invention of concentration camps by the British to keep in the Boer settlers. We’d mentioned British atrocities, but the only example ever used was the firebombing of Dresden. It was as if with that one example a whole history was being written over.

Now, of course, we have history curricula in England designed around medieval kings that some eton-educated toff thinks are relevant to 21st century existence.

Talking this over with the missus, she mentioned an artist whose problem is that they show you the eyes they look with, but not what they see. History has the opposite problem. This is what they call historiography, but for me it’s still too person-focused, almost actively ignorant of the general mass of humanity.

A particularly interesting author on history – a man who is in no sense a historian, but is crucial to the revisions of history that have come recently – is Jared Diamond. In Guns, Germs and Steel, he presents an argument that for me wiped out all sorts of sociological theory, instead leaving an obvious truth.

In short, Guns, Germs and Steel points to the ways in which agriculture, disease and accessibility of resources have shaped world history. The Fertile Crescent is where civilisation began because of the crops native to the region. The crops grown and animals that grazed there became the basis for all agriculture. Plants propagate latitudinally much better than north or south, and so you get the initial spread of civilisation across that latitude. On the other hand, tropical diseases have created huge costs for civilizations in Africa, South America and Asia, depleting their resources to the point that larger projects are unsustainable. Finally, the mountainous terrain of Europe provides readily accessible metals, allowing the Bronze and Iron ages to have ongoing impact and development.

That struck me as the kind of history I really wanted to read – the kind that made perfect sense of all sorts of things, and didn’t require a belief that people in the past were categorically different in any way to the people I see around me.

Then again, Diamond really messed up with his next book. Collapse is a striking example of ideological history that was revised. Diamond wrote the book in a prophetic vein, describing instances of civilizational collapse – a sort of mass hysteria that leads to the downfall of whole peoples. Looking around us at the collapse of Thatcher-Reaganism and all it has brought the world, I think he was writing more out of a desire to dramatically describe our world today than make a serious historical point.

The stories in Collapse are dramatic, and as with most dramatic things the truth is more subtle, more boring, and requires less abnormal psychology. I really do think that if your argument relies on people behaving in a very irrational way, then it’s extremely unlikely.

Instead, it seems like most cultures like the Mayans and Easter Islanders were simply hit with climate change. A few degrees of difference is a huge difference in crop yield, and tiny changes in the wind and water patterns can turn an area from ever fertile to barren wasteland.

There are many other examples of a history of experience emerging. Growing up, it was clear that the Neanderthals had been wiped out by early humans. Survival of the fittest as its (incorrect) interpretation of ‘survival of the strongest’ explained it perfectly.

Now we know that we have 2-5% of Neanderthal DNA, and that they lived alongside human communities. Peaceful interaction is the real story of history, not ideological conflict.

The picture has become hugely less dramatic, and for me much more interesting. In the place of violence and power, with lone voices striding against the chaos, it seems more like human history is of peaceful contact between cultures, dating all the way back to our Neanderthal forebears.

We’re now coming to much more sophisticated conclusions about many of these events, partly as a result of finding millennia-old poop and analysing the hell out of it.

Knowing how and what people ate, and where those things fit in the history of agriculture, tells a much truer story than the nation-state focus that a history of power requires. I don’t know about you, but knowing the ‘slaves’ that built the pyramids were well-fed workers who drank beer makes me think that ait’s a much more realistic (if less dramatic) story than slave-driving overlords.

The history of power assumes that all of those facts are political decisions, but that gives far too much credence to the actual influence of the powerful. The thing is, those facts tend to be hidden away, either from embarrassment (a ruler dare not reveal how actually ineffective they were) or from secrecy. Anyone that’s ever seen a grandmother controlling her extended clan knows where the power really sits, regardless of whose name is on the paperwork.

What this all comes down to is that we naturally want history to be the history of power. We want a succession of noble demigods, men and women who stood above the rest and fostered striking change.

It’s a great image, and a great story, but almost never the truth. To see a reliable version of history, we need to move away from a focus on power and tragedy. For me, the idea that our history as a species is one of violence seems at odds with the basic humanity that I see around me.

Overwhelmingly, history is actually the story of people reacting to changing circumstances. Those concerned with power are the loudest voices, but I cannot believe that they truly represent the mass of humanity around them. Culture is too complex and sophisticated a beast for that.

To really understand a history of experience, there are a few things you have to consider. First of all, you have to be willing to go over the wall. History isn’t an old, dead thing about alien creatures in a fantasy world, it’s stories of people, like you and me and billions of others. The idea that we’re meaningfully different to them is just what we’re told to stop us from asking too many uncomfortable questions of it, or risking discrediting the decisions of the mighty academics that decide what we think happened in the past. If it seems odd or doesn’t make sense, that’s just your natural understanding of the situation sitting up and calling bullshit on what you’re reading.

Next, you need to be greatly suspicious of anything that smacks of the ‘big man’ model of history. Sure, there are figureheads, but in every single case there’s a whole culture and mindset behind them.

Secondly, you need to become extremely suspicious of anything that gives you a special place in history. If what you’re reading requires assuming that people in the past (or another country) are dumber, weaker, more irrational, more violent, or in any way lesser than you, then it’s more than likely just trying to make yourself feel better. Steven Pinker’s The Better Angels of Our Nature is a good example of this. The book tells us how humanity has been becoming less violent over all of history, based on a few over-extended examples. It relies on us believing that we’re in the most peaceful era in history, rather than one of a historically unique level of ultraviolence. It seems to me that, what with the a-bomb and the industrialisation of warfare, claiming to be less violent is a bit of a stretch. Similarly, if the Flynn effect were meaningful, and IQ does rise by a global average of 2 points a decade, then Newton would have the IQ of a mentally retarded person today, and Plato would have been dumber than a chimp.

It’s rather easier for me to believe that these argument and interpretations are wrong than that drone strikes and Donald Trump are more peaceful and smarter than nomadic tribesmen and Plato.

To keep you going, there’s one great reward to a history of experience, and that’s the frequency with which you find the most precious jewel in any study of history or politics. The revelatory fact is that one tiny change that reveals a whole new picture.

I think that’s where my focus really comes from, those facts that make sense of the world. Knowing that Machiavelli wrote The Prince as a satire of Cesare Borgia’s reprehensible political actions, not as a guidebook for the monomaniacal, gives depth and subtlety to something we’re told is crude and cruel. Maybe I’m just a bit soft, but there’s something of real truth in there.

A couple of great reads if you want to know more about this sort of thing (apart, of course, from my own ebook, which outlines how humanism has developed its ethos and tenets across cultures) are Azlan’s No God But God  and Hourani’s A History of The Arab Peoples. Each of them challenges the histories and cultural norms we’re told in compelling ways.

You can read more about the real history of humanism in our book, available from Amazon, Smashwords and other ebook retailers. You can also find Chirag’s Sci Fi series Still Light, written as Danny H Jorgensen.