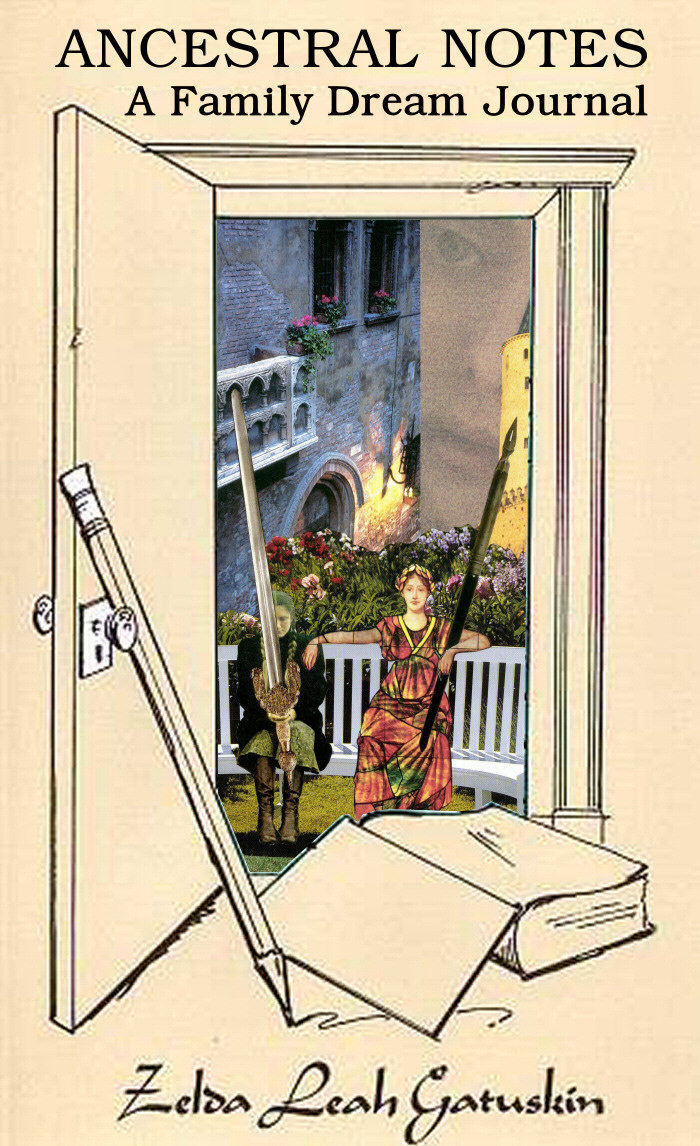 The conversation is seared into memory. I had come home from grade school, third grade or so, excited to learn when and from whence shores our family had landed on this great continent and become Americans. The lesson had been on American history, and some of my classmates knew all about it – they were descendants of the earliest settlers. I couldn’t wait to find out all the special things about my own family tree.

But no, we were not so special. Our tree consisted of just a couple of limbs tragically severed from the trunk. Dad’s close-knit family came from Vitebsk, Russia in a veritable mass exodus between 1899 and the early years of the new century. The persecution of the Jews had made life unbearable there. My mother’s side came from the Warsaw area of Poland; a few emigrated early on, fortunately, paving the way for my grandparents and others to trickle over through the 1910s and ’20s. But a good number stayed behind, and were thus caught up in the Nazi plot to extinguish the Jews, and they ultimately perished with so many others. My family tree was apparently, literally, a dead end. There was no one left in Russia or Poland, no thread to follow back to a relative who might still hold a memory or connection to the past generations; records were sketchy, memories cloudy, names frequently changed. The whole subject was painful, especially on Mom’s side.

Starting with the Russians, then: My paternal great-grandfather had come over from Russia early in the twentieth century. Some of the family had arrived in the Boston area already, and the rest would follow fairly quickly. The core unit consisted of five Plagoff sisters and their husbands and children. Bereh Gatuskin was married to Rachel Leah Plagoff. He brought with him their son Julius, my grandfather. Grandpa Julie bore the name Gatuskin right into high school, up until Bereh went before the Suffolk County judge to get his U.S. citizenship. I suppose the man thought he was doing Bereh and family a favor by decreeing that, “You’re an American now, you should have an American name.” With a rap of the gavel, Bereh Gatuskin became Barnet Gordon, and we have been Gordons ever since.

The Plagoffs were a close-knit family, maybe too close for comfort by modern standards.  Cousins married frequently in past generations and right up to my grandparents’. Julius, son of Rachel Leah Plagoff, married the daughter of Rachel’s sister Zelda, who was married to a Temkin. (You see how I am named for both of the sisters.) Given the multiple connections of everyone to everyone on the Plagoff side, as well as on the Temkin side, there was a fairly accurate and detailed accounting to be had of portions of the family tree, complete with fascinating old photographs, for the curious grandchild. But who were the Gatuskins, and where did they come from? It was an intriguing mystery. Bereh’s father’s name was Simon, I was told, wife’s name unknown, and he had something to do with herring up in the far north of Belarus. This smidge of genealogy had never been satisfactory. For that matter, despite an impressive cast of cousins that could be traced back to the mid-1800s, none of the family history had been satisfactory. Between the ancient biblical history of the Jews I learned in Hebrew School and the stern faces that populated the old photos lay more than a thousand years of the unknown and, I feared, the unknownable.

It was worse, as I said, on the Polish side. The Szczepainskis and Citronoviches were scattered and killed in WWII. The fact of the Holocaust resided with us like a silent but bad-smelling boarder. It was desperately important that we children know about it – the suffering that somehow sanctified our existence, the losses that required every one of us who survived to renew the Jewish covenant with God in order that those deaths not be in vain… Yeah, it was heavy, but disturbingly unspecific. The real things that happened in our family were not discussed, as if details could be any more upsetting than the vague victimhood.

By age 30, I had to know. I had to. I had taken back the name Gatuskin for my pen name and was learning to sign it and answer to it. I had left off being an observant Jew when I stepped into my college life in Boston, only to find that a lifetime of identity is not so easily shed – and I had none other to fall back on besides that of Artist, which I only took on for lack of anything better to describe my creative, contrarian posture. And I was having dreams. Dark, morbid dreams. Dreams in which I recognized ancestors I had never known. Dreams that demanded answers.

I started writing down the dreams, as well as my thoughts and questions about being Jewish; and my curiosity about the family tree grew. I interviewed my parents and my grandmothers. I poked around in genealogy libraries. I started to translate names and fill in charts. Where the record was sketchy, which was most of it, I turned to general historical material about  the times and places the family had lived. A picture of their lives began to emerge. I kept writing. The work that resulted, Ancestral Notes, A Family Dream Journal, represents a journey to the past as well as into my own soul. It became so deeply personal, it was hard to imagine anyone else being interested in it. Yet it has proven to be the most universal thing I have written. People of all ages, faiths and backgrounds relate to the need to know where we come from, and to redeem the trials of the past through deeper understanding and sharing of the human experience.

Ancestral Notes was in print for several years before I learned the term “creative non-fiction” – we had always just called it “mixed genre.” There are poems, stories, essays, a short play, dream journal entries, and collages. Each piece has a kernel if not a whole ear of truth in it, even when facts were hard to come by. Some of the things I knew best were the hardest to tell. We don’t like dwelling on family secrets or exposing unflattering feuds. Believe me, there are plenty, but they no more define us than the public achievements.

By the time I was done, I realized that my fictitious takes on people, places and events were no more suspect than the “facts.” Both my grandmothers produced “official” documents full of intentional or unintentional inaccuracies: There’s the marriage certificate that stated the bride and groom were not related to each other when they were actually first cousins; and the birth certificate that’s off by five years so that its bearer could enter the U.S. as a minor of 15, when she was really 20. Mistranslations and misspellings of European names proliferate. I got to the point where I decided that anything that was actually documented was dubious. The only reason to put something in writing (in languages other than Hebrew or Yiddish) in mid-nineteenth century Poland and Russia was to either comply with or skirt some rule or regulation.

Given the mores of the times, oral history was also questionable. Things we do not blink at today (or even twenty years ago when I was writing the book) could ruin a life or an entire family or community in past centuries. Dark secrets lurked behind a shrug of the shoulder or loomed large but indeterminate in the elder’s memory. I feel like I did figure out the gist of them if not the specifics, for human nature has hardly changed at all.

I hope that Ancestral Notes will inspire others to delve deeply into their own childhood experiences and family histories. Where memories are vague and specific information is lacking, much can be learned by general research into the times and places, routines and lifestyles of our ancestors. Our forebears reside within us and have much to teach us, whether or not we know every name and date, leaf and limb on the family tree. They live in our imaginations, and it is there that we can transform the difficulties of the  past into promises for the future. After all, the fact that we are here at all means that they succeeded and we have inherited their strength.