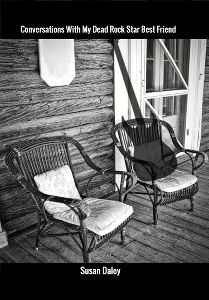 I love words. Let me rephrase that; I marvel at incredibly well crafted sentences that use words so masterfully they evoke exactly what they intend to convey. I am inspired by writers who are frugal with words. I get irritated at superfluousness. I also think the word superfluousness is irritating, spellcheck agrees, but it is a word.

For as long as I can remember I’ve always admired word usage. While reading a book by a very prolific writer many years ago, I came across the following sentence; ‘the room was dark, save for a dim light on a desk in the corner.’ I loved that; ‘save for,’ I made a mental note to remember it. I needn’t have, the author obviously loved it too because he repeated it over and over throughout the book. There was no internet back then, if there was I’d have tweeted him a link to a thesaurus, because he ruined that phrase for me. If words were people, I would advise ‘save for’ to sue the author for dilution of mark. I would be happy to represent that phrase in the court of popular opinion – pro bono.

Pro Bono; Free. Free is another word that should be revered and used discriminately. ‘The land of the free’ should inspire goosebumps. ‘Free will’ should inject courage. Unfortunately, for most people, the word ‘free’ only holds value when it follows ‘buy one, get one.’

Love. Love should definitely sue for defamation. I try to respect words, but even I have given up on love. Seeing the same word used to describe feelings towards a cherished pet and a piece of pie should confuse any reader. But, alas, the word polluters won that battle – I will not give up the war.

After publishing my book ‘Conversations With My Dead Rock Star Best Friend’ (I know, verbose title, but in my defense it was important to convey that this person was; deceased, a famous musician, one of my dearest friends,) I was asked to write some blogs for a friend’s dating website. My funds being of the scant persuasion compelled me to jump at the chance. That my expertise on the subject was beyond limited was of no import, what was of concern was that I knew about SEO and Keywords. I said I did, but I didn’t, so I had to educate myself and fast.

You already know I don’t like repetition, it is the second biggest writing flaw, in my humble opinion. The first being complete and utter disregard for continuity. I will digress by offering the following example: I was reading a book by an award winning crime novelist, he was not frugal with words. The author’s descriptions went to such great extremes superfluous would be an understatement. Clearly devoted to illustrating the quality of a suspect’s incredibly exotic green eyes, he created three sentences in their honor. When referring to this character a mere three chapters later he reminded us of her entrancing peepers, in case we forgot? Maybe, because he certainly did, this time those peepers were blue. Unforgivable. Well, to be fair, that wasn’t as bad as having his protagonist put a key piece of evidence in his trunk only to forget about it forever. Now back to point.

When I read the criteria for SEO blogs I almost backed out of the assignment. I don’t even understand the concept; well, I do, but I don’t understand its value. I ascertained that a good SEO blog consisted of using a keyword or phrase and repeating it at least 5 times throughout a 600-word article. Were I asked to provide a formula, I would do it thusly:

When issued the keyword(s) I would google them to see how other writers managed to keep readers’ attention under these impossible restraints; the jury’s still out. I did not find these SEO blogs remotely interesting; they were just words linked together. The titles promised answers to age old questions like ‘Am I Being Too Picky?’ And ‘Who Pays for Dinner on the First Date?’ The blogs were supposedly written by ‘experts,’ so one would expect to get better information than what they already knew. But that’s not what SEO blogs are about. They’re about clicks, not the dating related verb as in; ‘we just clicked’ but the mouse and pointer related verb as in; ‘click for more information.’

An SEO blog has one goal; to get you to their website. Just having you there improves their Google Ranking, and, if they have other companies advertising on their website, it ups their per-click value, it’s a bonus if someone gets curious enough to explore what else their site has to offer. Every click has monetary value. Words don’t. I find this very depressing.

There are so many creative minds out there, it’s such a pleasure to read original, thought-provoking content; It is so unfortunate that we have to look so hard to find any. Instead of inspiring emulation and being celebrated for their distinctive quality, the material created by original thinkers is as ignored as a mother-of-the-bride’s spinster sister.

Hollywood is afraid of new ideas. It’s rare that we see unconventional screenplays or adaptations come from Hollywood. If they do take the chance and it’s a commercial success, they have to kill it; it’s like a law or something. They very expeditiously follow up with sequels and prequels rendering the original material quite unremarkable. Years later, just to make sure it’s really dead, they may even release a ‘re-imagined’ version to show your kids how uncool you were at their age.

So this is my contribution to the defense of words fund. It’s bad enough we’re reducing three letter words; R U OK? And replacing phrases with acronyms: WTF? do we really have to strip every perfectly good word of any and all meaning?

If I may, yet again, anthropomorphize words, on their tombstone should be written;

Here lies an inherently valuable communication tool spent far beyond capacity. Despite being on the endangered species list, it’s extinction was summarily dismissed as junk science and its legacy remains in question.

Cause of Death: Exsanguination. In lieu of flowers, please make a donation to the dictionary or thesaurus publisher of your choice. RIP