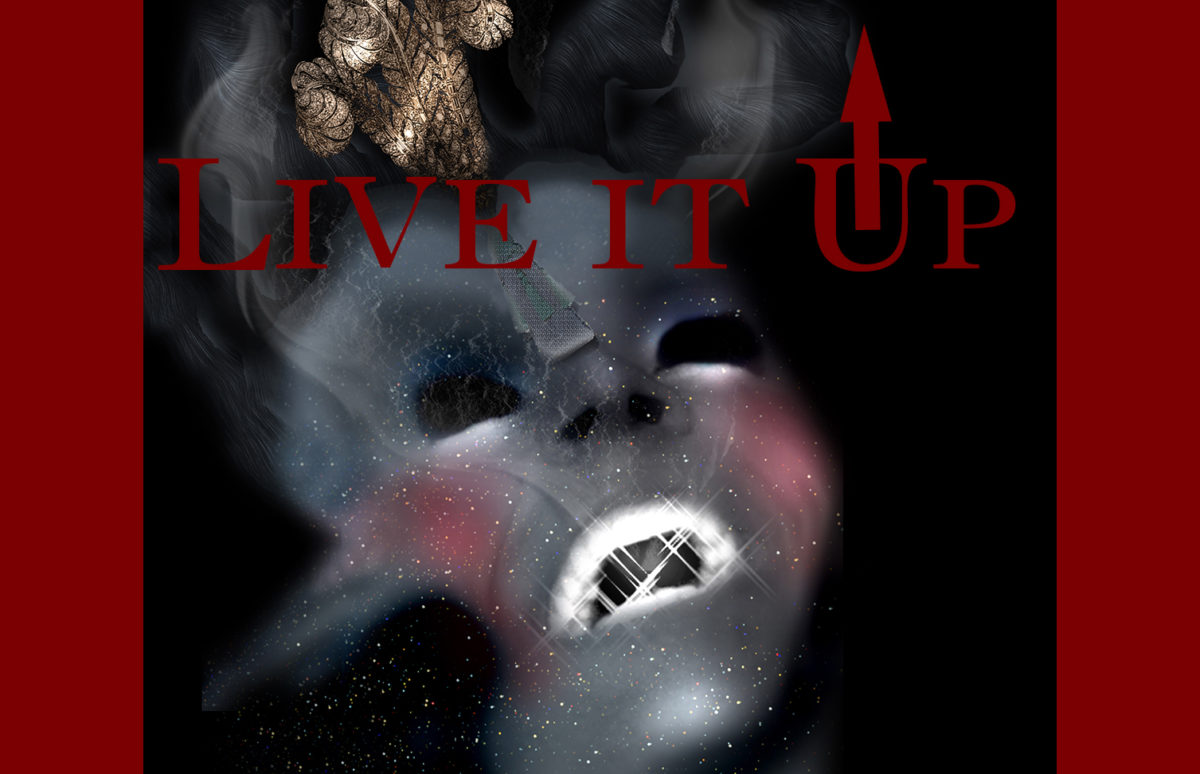 I love short adages that have a backstory comprised of commonsense. Or one might say, articulations that mean something and that can provide somewhat akin to a rudder.

For instance I am abso-mad over the old Polish proverb, “Not My Circus, Not My Monkey” and again the wonderfully wise chestnut turned from French novelist Anatole France, “If a Million People Say a Foolish Thing, it is Still a Foolish Thing”. The Anatole quote is probably my favorite and most used.

Recently I began to contemplate the term “Live It Up” and the possible implication as well as application of the term. When heard, the phrase “Live it Up” is generally understood as a turn of axiom that denotes abandon and indulgence. But as I begin to ponder the phrase, the word “UP” sprang up into view.

Only this time I began to see the word “UP” in its ascendant posture.
So I agreed to myself that I am going to begin “Living it Up”.
But then I was faced with the conundrum of what living it up would mean in terms of its manifestation. What would be the face of Living it Up?
That’s when the importance of the word “Living” began to voice its importance in sculpting that face. A face that is a facade to the world with truth as its foundation and interior.

One of the definitions of “Living” is the pursuit of a particular lifestyle.
Having grasped that particular understanding, it then became incumbent
upon me that I construct  perimeters within which I could make manifest the precise ingredients that would produce an order and construct of “Living it Up” as it pertains to my new perception and perspective of living it up.

So, my self question is… what rubric might my new understanding need in order to become a meaningful reality?

The first order of business then becomes a contemplation of upward mobility of the heart and genuine reflection of how one approaches the dilemma of “Living it Up” in a way that has cultural and individual significance and import. An impact and importance that flies in the face of archaic understanding, with eye opening variance and newness.

My first sense of this new construct that I began to build is that I must first and foremost take into consideration my interaction and obligation to and with whatever humanity is within my sphere of conscious awareness.
Part of the clarity of this journey came through the writing of my Kindle book entitled “YUM” (For Eye And Heart) available on Amazon. 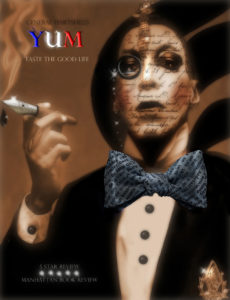 In my book I write of an epiphany that I experienced while eating jelly beans on a Summer afternoon. You’ll need to read the story entitled “The YUM Report” in order to fully understand its essence, but in a nutshell it is a tale that indicates lessons can come in unsuspected form. Even in the form of palmed Jelly beans. There is also the story of my aunt who wore purple pants and Go Go boots. This aunt was in many ways a personification of my now found “Live It Up” philosophy. At eighty years of age she was wearing Purple Pants and Go Go Boots, and this one act on her part made a lasting impression on me. 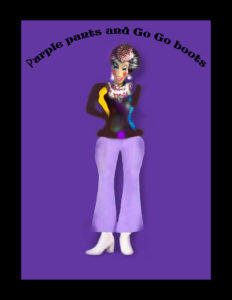 The lesson here was to be yourself and to be true to yourself. One might have even seen her to be an iteration of “To thine own self be true”.
I mention this in relation to the idea of living it up in an ascendant way, because being true to yourself is the first step of that journey. That first step (as they say) is a doozy. The reason that it’s a doozy is that being true to yourself is not only difficult in its own right, but in order to be true to yourself, you must first know yourself, and that can be an arduous undertaking. In order to be able to “Live it Up’ in a rising manner, it is imperative that you master the first step and that movement must not be of a superficial nature. You must negotiate with yourself and come to terms with the direction you wish to take. 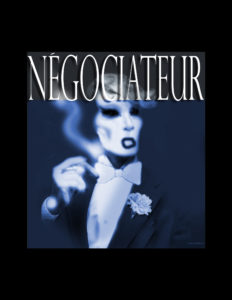 One of the most important forms of knowledge that you can acquire is self knowledge and what your purpose is. That purpose has of necessity to be uncovered and owned by you. The death knell in this scenario would be to listen too closely to those around you. There will always be someone who wishes to define you, for you.

For example, I am not a foodie, so I’ve learned to eat what is natural to my taste and that which is not to my taste I simply leave it without fuss. This same action can also be mirrored in the realm of the inner life. The correlation being that the things others might expect of you will not always align with your specific call and purpose. And in order to know yourself, more often than not you will be called upon to simply let your vision take precedence and be your guide. Or to take it back to the table, “Simply leave it”. It is really not rocket science. But it is a discipline.

It is at this juncture that one can begin to contemplate what “Living it Up” really will mean when put into practice.

For me “Living it Up” meant opening my eyes to those around me and making an effort to interject moments that are meaningful into their lives.
Living it Up can be as simple as genuinely speaking or acknowledging the person that no one seems to care about. “Living it Up” is about the truth of being authentic to a degree that it becomes almost tangible to those with whom you are to have dealings. I know that I am “Living it Up” every time that I have a conversation with someone and I realize that we have both gained and grown from the exchange.

I often think of a young man that made quite the impression. Spurred by a feeling of peckishness, I one day found myself at the counter of a local seafood restaurant and just about to place my order, when I noticed a person who was clearly down on his luck being spoken to very disrespectfully by one of the customers, because he had the effrontery to be hungry and needed to panhandle to eat. I quietly watched this scene as the down on his luck Mister began to rummage in a trash bin for food. My order was filled and I walked outside, found the man and pressed a few dollars into his weather beaten hand, wished him God speed and that was that. But over a course of time I began to see and converse with him with some regularity.

I still don’t know his story or how he came to his station in life, but I discovered him to be not only well mannered but quite smart and talented in more than one discipline. Not only do we talk whenever we see each other, but he is the reason that I actually got down to work and finished writing “YUM”. Inexplicably he somehow knew that I needed to write the book and just began to question me as to when it would be done. When I finally did complete the book he was more excited than myself. He is always encouraging and it is still a mystery as to why he suddenly began to push me to complete a book he could not possibly have known of. I am most happy and umbled that he did. Not because of the book itself, but because I am privileged to know him. Encounters are the most important ingredients of “Living it Up”.

When all is said and all is completed, “living it Up” can only be accomplished through loving from the inside Up.