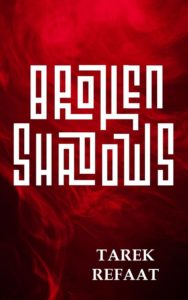 I’m an author. Perhaps you can say I’m an author for women, or so it would seem, if you take a look at my short history in writing. In almost every book I’ve written, the main protagonist or protagonists, since it is the case with my second book, Ribbons & Heels, are all women.

Why, I have no idea, but I believe it all may have started when I was a kid. Growing up there was always this joke and quotes that flew around left and right about women, such as “Women . . . Can’t live without them! Can’t shoot them!” One particular quote that often caught my attention was, “The only two who tried to understand women, one is dead, and the other is crazy.”

Women have a different mental structure than men that’s for sure. Sometimes a lot of things may seem unexplainable about them, but it never hit me as such. I tend to observe people, how they act and react. With the current development the world has reached, we are seeing women as presidents, CEOs, scientists, astronauts, and so much more.

The view from the male side, however, has not changed. A considerable percentage of men still look at women as this completely incomprehensible species that we fail to interact with. This has often sparked my curiosity.

In my books, I found myself creating my characters, and these women would just come to life. You will notice, as I dig further, I created a variety of roles and not a specific one. Neither the weak woman, who can’t stand for herself, or the strong one. I need no one type of woman.

My first book, Ruptured, tackled a rape victim and the circumstances surrounding her ordeal. The essence behind this book, which I insisted on giving it a different twist than regular stories tackling the same issue, is that the story begins after the incident and the culprit is already in jail. You get to see Farida, the protagonist who’s viewed by her society as an expired product that should settle for whatever life brings her way. No opinion is needed, nothing. She is already pre-judged and sentenced without even getting the chance to stand on her own feet or even defend herself. You could see the how people are looking at her throughout the story, from neighbors who sympathize with her as long as she’s not there but once she physically appears near them they run away as if she holds some contagious disease. You’d see other people who are treating her as if it is her fault!

My aim was to show that societies could help or demolish a person with the way they treat them. It is something people do not see, yet they do on an everyday basis. They hurt each other and they do not realize it until the day comes when the harm crosses their paths.

My second book, Ribbons & Heels, was written before Ruptured, and had an interesting story behind it. It was composed of several small short stories of various and separate characters. One day, I asked myself what would happen if these characters got to meet, and so this story came together.

Four women from various backgrounds begin to tackle some of the issues hidden within the fabric of the society that surrounds them. Some of these issues are very difficult to talk about or even explain.

For example, Sherine is a mom of four who lost her husband and now has to work by taking over her husband’s business to provide for herself and her children. She now faces a dilemma when she feels the loneliness growing further inside her and is afraid of her own feelings. Is it a sin to think of herself and her loneliness? Is she committing a heinous crime? Shouldn’t she just keep to her kids and her business, and move on with her life?

You also get to meet Nariman, a lady who’s taking on the world by fighting every day to define what freedom is. She tries to prove to each and every male she comes across that ‘Anything you can do, I can do better.’ She puts herself in the commander’s seat and tries to boss everyone around her because she feels that this is how freedom is earned.

It is true that in the Arab world women lose a significant set of rights. Then again the question here is, is Nariman’s approach the right answer? Is this the way she should go about it? You will find her talking to her mother, trying to understand herself better through her, but not getting the answer she wants. Instead, she goes about chasing the world.

Two other characters exist, but they represent the main stereotypes of women—the girl who is always falling for the wrong guy, and the balanced girl.

In my third and recently released novel, Broken Shadows, the character is quite different since she’s a burnt operative. Heidi has fled the country and returns fifteen years later to redeem herself. Amidst her return, she has to confront the man she loved and left behind without a single notice or explanation. Here you find Heidi feeling a myriad of emotions that try to consume her. She’s an armed woman capable of combat, and is no longer the same fragile woman we see in other stories.

You will find she does most of the action and is engaged while the man she loved is the one who is in for a surprise. He never knew that the person he loved was a secret service operative.

With this, and perhaps I felt it was important to highlight it through my work, that women have a very important role that cannot and should not be limited to what each of us see, but rather to what the woman herself wants to do. I’ve noticed that with the development of time and the world, people see stay-at-home mothers as empty-headed and spoiled people. This is not true.

The world is full of possibilities as well as challenges. I believe we should let each woman take their own adventure to where their dreams are fulfilled from motherhood to scientist, from teacher to president, without shaming or treating women as pleasure objects. The appreciation women deserve is often undermined and regarded as not so well-deserved because a majority of women work two or even three jobs. (Worker, mom, or teacher.)

For more about my latest book, Broken Shadows, you can find it here: http://authl.it/56a