Heating Up the Cold Case of Johnny Ringo’s Murder

The best witness to a killing is usually the victim. So, if an investigator wants to know what really happened, the logical person to ask is the deceased. Right?

The death of John Peters Ringo on July 13, 1882 was ruled a suicide by a hastily assembled coroner’s inquest in a hurry to get back to Tombstone, AZ before the body on the ground warmed up and the beer back in town cooled down. Case closed. That fast verdict doesn’t set right with Dwight and Rhonda Hull of Sierra Vista, AZ. The historian/paranormal researcher team is working to clear up the mystery of Ringo’s death and to have that “case closed” verdict changed to the status of open and an “undetermined cause of death.”

I recently conducted an extensive interview with the investigators about their project.

What got you interested in the John Ringo case?

How did you first hear about the site where he died?

Probably when I first came to Tombstone, before I lived there, several of the locals asked if we’ve ever been out to John Ringo’s grave and at that time I didn’t know where he died. I heard that the site was only about an hour from Tombstone so it’d became a quest basically to go out there and see the area

What was your first impression when you visited the murder scene?

Wow! The best way to describe it is to say that it was my Graceland. Just walking out there experiencing that feeling and that energy on that hallowed ground and knowing that this is where it happened. This is where one of my Western heroes still is. He’s buried there. It was just a very emotional, spiritual experience out there.

How did you discover that it was a cold case?

Throughout the years, even before I went out there, I knew his death had been ruled a suicide but there had always been questions. Talking to the family at the nearby ranch I heard a completely different story than what is told in the papers and that really got me thinking and researching. You could see both sides – either murder or suicide, but the more I looked into it the suicide just didn’t make any sense forensically or any other way.

What was your first step?

The first step was to do a lot of research in the archives trying to find out anything I could regarding the death and there’s not much to be honest with you – the coroner’s report and some eyewitness testimony from people who were around there at the time wrote up some reports.

The big moment was going out there doing a psychic investigation and doing an EVP session and actually hearing answers to my EVP questions. That made me think, “Now wait a minute, he’s saying something different from what appeared in the papers.” I asked him, “Did you commit suicide?” I got a no. This was from John Ringo on the recorder. So, the quest began.

Which authorities did you approach and what was the reaction?

Rhonda and I got together and put together a really good package about our investigation and we contacted the Cochise County Sheriff’s Office through Sheriff Mark Daniels and told him what we thought and that the case should be at least reopened to “undetermined” as far as cause of death.

RH: We weren’t trying to pin a murderer at this point. We just wanted them to reevaluate it.

DH: We had several conversations back and forth with Mark Daniels pretty much ending in the typical “We don’t have the resources or the money right now to open this case and actually look into it, but he did look over all our stuff and said that it was extremely interesting. He thought that it was thought provoking.

How is it going now?

Right now we’re at a standstill. He’s very interested in the case because he’s something of a cowboy himself, but again the bureaucracy is there with the budget and the red tape so as far as that goes it’s a dead issue.

The resistance is bureaucratic and not from a lack of interest?

On the paranormal side what have you discovered?

Tell me about that?

My first time out there I was doing an EVP session and I kept saying “Johnny Ringo.” The first time I walked up there and said “Okay, Johnny, we’re here for you. We want to hear your story.” As soon as I was done saying that we got a really gruff EVP saying, “F*** the Johnny.” At that point I was like okay, so it’s John or Mr. Ringo from here on out. We never call him Johnny any more.

You think that was John Ringo’s voice on the EVP?

Were there any other interesting EVPs or psychic occurrences?

RH: When we were doing our investigation, when we went out to investigate the site as a crime scene… measuring the distance across the wash, Kelsy Sanders (ranch owners descendent) asked him point blank if Frank Leslie was the one who murdered him. We got a yes. Now whether that voice is John Ringo or whomever, we did get a yes, a very faint and light yes, but a very definite yes. That is the theory that most people who have looked at the evidence and are on the murder site believe. Frank Leslie was seen in the area and had asked if anyone had seen John Ringo. He asked Mr. Sanders who was a teamster at the ranch at that time.

Who do you think said yes?”

RH: We believe it was Ringo.

DH: It was the same voice I have caught on EVPs. Of course, it’s impossible to say for sure, but if I had to put a name on it, I would definitely say it was Ringo… John Ringo.

The quest to find out what really happened to Ringo continues. Dwight and Rhonda Hull are planning another a more intense investigation at the scene of the crime (and they do believe it is a crime scene). The evidence in the death is to say the least contradictory and confusing. Did Ringo commit suicide? Was he murdered by Wyatt Earp? Johnny Behind the Duce? Buckskin Frank Leslie? Or persons unknown? Perhaps we will know for sure in the very near future. After all, Dwight and Rhonda are going straight to the source.

For more information on Dwight and Rhonda Hull and their paranormal investigations:

Dan Baldwin’s book on psychic detecting, They Are Not Yet Lost and on dowsing, The Practical Pendulum are available in e-book and paperback from all major distributors. 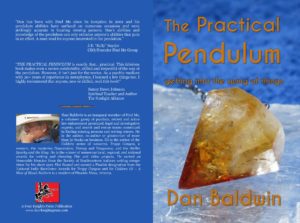 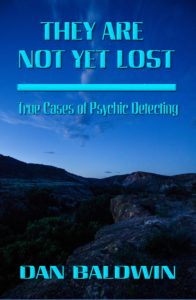