By Laurel A. Rockefeller

“Women and men of Britain, warriors, friends, and allies.  Come now to the cause of liberty and freedom for all the tribes.  …Look at me now and see through the lies of these Romans.  Remember our teachings, our customs, that which make us who we are.  No matter what the goddesses and gods bring us this day, hold tight in your heart all that we hold dear.  …Do not bend your knees to Rome.  Do not give in to the comforts they promise you should you simply conform to their ways.  For slavery is all they can give you.”

This beautiful excerpt from Boudicca’s final battlefield speech in 61 CE speaks to why Queen Boudicca risked everything to challenge the most fearsome military force the western world has ever known.  Since March 2014, “Boudicca, Britain’s Queen of the Iceni” has brought her true story to English language (and some Chinese language) readers of all ages as a creative non-fiction biography based on the account by Roman historian Tacitus and grounded in the latest archaeological discoveries across Europe.

English is a fine language and clearly it is a language each of us reading this speak — but it’s not a language Boudicca herself would recognize and be able to understand.  Indeed English is a particular mix of ancient Brythonic languages (which Boudicca spoke), Roman Latin, Germanic languages, and Norman French, with a smattering of words from other times and places thrown in. English is the language of the United Kingdom–but it is not Boudicca’s language. 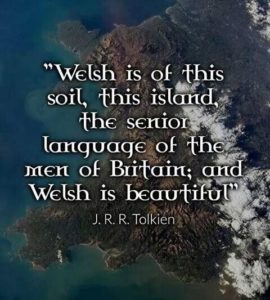 Instead to really meet Boudicca and embrace her completely we must turn to the one surviving language that most closely resembles what she spoke and lived:  WELSH.

Welsh (Cymraeg) is Britain’s oldest surviving language.  It has an impressive linguistic pedigree that connects us to the island Boudicca loved and died for as no other language in the world does.  It is also a highly endangered language, the product of concerted and determined efforts by the English to exterminate it for over 900 years and ending only recently with the formation of the Welsh Assembly in 1999. A fascinating documentary called “The Welsh Knot” sheds light on the fight over the Welsh language and new efforts by the Welsh Assembly to keep it alive.

Not surprisingly, literature in the Welsh language is sparse, especially on Amazon, iBooks, and other popular ebook and book retailers.  The process begun by King Harold Godwinson in 1063 with the very first English invasion of Wales seems likely to snuff out this most stubborn of British flames and with it, perhaps the very soul of the British Isles.

Nero would be pleased.

But it does not have to be that way.  In February 2016 I made the bold decision to invest in a Welsh language edition of Boudicca, to put her story back into a language she herself understood and by doing so, re-connect us all to who she really was and what she was willing to die for.  “Buddug, Brenhines Iceni Prydain” and its bilingual Welsh-English edition are truly unique, perhaps the very first creative non-fiction biographies so rendered. Working carefully with native Welsh speaker and translator Gwenlli Haf (Gwynedd, Wales), the book is beautiful to read aloud and specifically translated to be accessible to children and to Welsh learners. The bilingual edition makes learning Welsh easy and fun.

But that is not the only value these books provide. Written specifically for the Welsh and Welsh-English edition there is a new appendix immediately preceding the bibliography that takes you back in time with hidden stories about the ancient Celtic world.  Learn more about King Caratacus (whose name was actually CARADOG), Caer Colun (the original name of Colchester), and Llundain (the name Welsh speakers still use for London). Get to know the world Boudicca knew as you celebrate her life.

The spirit of Queen Boudicca still lives in Britain.  Help me now preserve the beautiful language she spoke through your support of this book so I may bring more beautiful stories from the past into the true mother tongue of Britain.

Find links to your favourite edition of Boudicca, Britain’s Queen of the Iceni on my website, on pinterest, and on my author pages on Amazon, iBooks, and Barnes/Noble.

Questions?  Email me at peersofbeinan (at) gmail dot com or connect with me on twitter.