More and more athletes are using altitude training as part of their quest for the ultimate performance. Training in the thin air helps in the natural release of Erythropoietin, a hormone which plays an important role in the production of the all-important oxygen carrying red blood cells. Better known as EPO, the synthetic version of this hormone is the performance enhancing drug of choice for endurance athletes looking to gain an unfair advantage. Natural levels can, however, be safely and legally boosted by simply heading to the hills.

In March 2010 I set out in search of the world’s best altitude training venues with a view of writing a sort of altitude training travel guide for athletes. Four years later the dream became reality and I self-published my first book. In the intervening period I got to train in 15 of the most popular altitude training venues across the world, visiting Mexico, the US, France, Spain, Switzerland, Morocco, Kenya, Ethiopia, South Africa and Australia. These are the best that the United States has to offer. 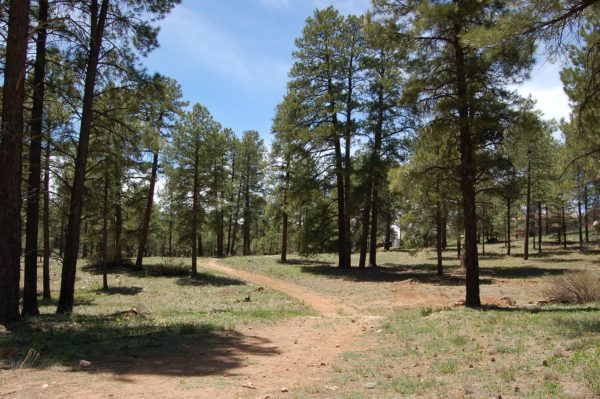 The University town of Flagstaff, located in northern Arizona, is becoming more and more popular as an altitude training destination for distance runners, triathletes and swimmers from across the world. It’s location on the edge of the largest contiguous Ponderosa pine forest in the world make it a particularly pleasant place to run, and the 50 miles of pave and un-paved paths and trails criss-crossing the town and surrounding forest and mountain countryside – the Flagstaff Urban Trail System (FUTS) – ensure that there are lots of traffic-free route options. Facilities are also good, with tracks, gyms and other training facilities available to athletes of all levels, and the local running community is particularly welcoming. Sedona, less than an hour’s drive away, but at an altitude of just 1,300m, is an ideal spot for carrying out some high intensity training amid a spectacular redrock backdrop.

While Flagstaff is a quiet town, there are still a number of activities to entertain athletes between training, and a range of pleasant cafes and restaurants. But the real attraction is its near-perfect location between some of America’s most spectacular national parks and attractions. Athletes can easily spend their rest days admiring the Grand Canyon, exploring the redrocks of Sedona, driving through Monument Valley, visiting some of the many Native American national monuments and reservations in the region; or journeying the scenic routes of Oak Creek Canyon. 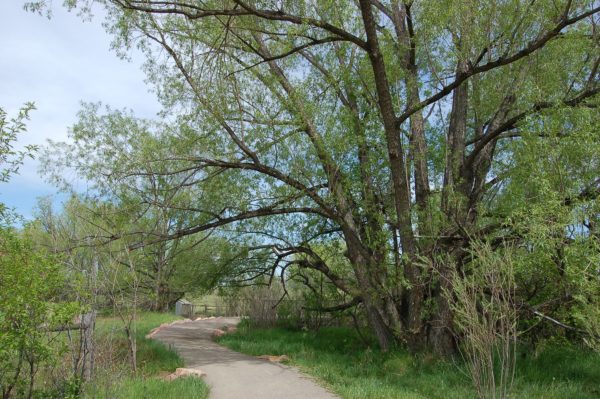 Boulder has long been a popular altitude training spot, and today is home to many of the world’s top triathletes. The running routes, some of which have been made famous by the cult classic Running with the Buffaloes (Chris Lear, 2003), are both varied and spectacular, with a choice of flat, undulating and hilly trails surrounding the city. Cyclists also have a choice of hilly and flat terrain, and all sports people have access to excellent gym facilities, swimming pools and sports medicine support.

Those looking to experience racing at altitude can sign up for Bolder Boulder, the annual Memorial Day 10km run through the streets of city.  With more than 50,000 participants it is one of the largest road races in the world, and the international challenge race, run for professional runners after the main mass participation

Mammoth Lakes, a ski resort in the Eastern Sierra, is less well known as an altitude training than Flagstaff, Boulder and Albuquerque. It is, however, still home to a large group of professional runners, including Olympic medallist Deena Kastor. Even during the winter months, when the town is snow covered, snow-free routes are just a short drive from the town. The synthetic track, approximately 20 minutes from the town, has one of the most beautiful backdrops of any track in the world. There are also good gym and swimming facilities in the town, and a range of outdoor activities for those less focused on their training. Nearby Mono Lake and Yosemite National Park are great places to relax and snap some spectacular photographs. 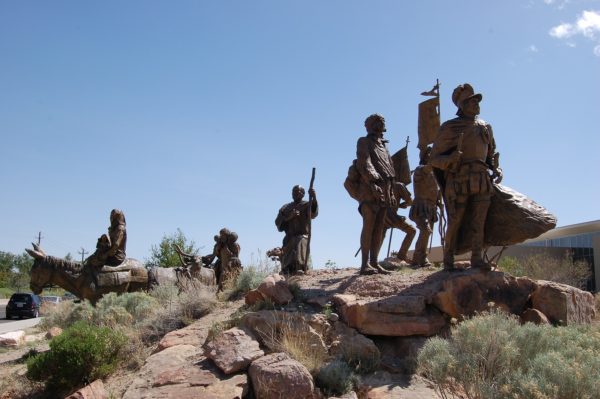 Reportedly one of the fittest cities in the US, Albuquerque offers a wide range of training facilities for both performance athletes and recreational runners and cyclists. The cost of living is lower here than in Boulder or Mammoth Lakes, and with shorter winters and lower altitude, it is ideal for those looking to train at altitude at any stage of the year. The miles and miles of flat routes along the banks of the Rio Grand are popular for fast tempo work, while the trails in the foothills to the east of the city offer an additional challenge and spectacular views of the city. The Sandia Mountains and their foothills also act as a popular playground for mountain bikers. As a large city with lots of amenities, Albuquerque is a popular destination for those who like to have lots to do between training. 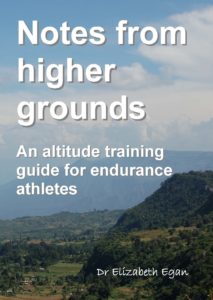 These are just some of the options available, and each is covered in detail in Notes from Higher Grounds: An Altitude Training Guide for Endurance Athletes. Other options include Santa Fe, Taos and Los Alamos in New Mexico; Colorado Springs and Estes Park in Colorado; Park City in Utah, and Lake Tahoe, Big Bear Lake and Mt Laguna in California. All are beautiful places to visit, and are popular choices, not just for elite athletes looking to benefit from altitude, but also for those who enjoy the outdoors and simply want to hike along some of America’s most beautiful trails.